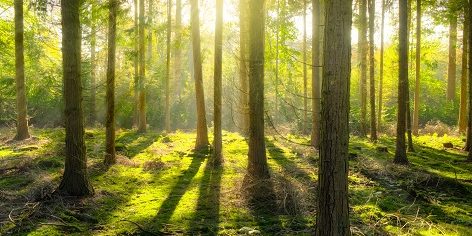 Among the many problems with plastic, it’s manufactured from a fossil resource. The BBI JU-funded EUCALIVA project has developed a sustainable alternative that grows on trees.

Lignin is a natural polymer present in most plants. Since one of its main functions is stiffening, rigid plants such as trees generally contain large amounts.

Humans have not traditionally valued lignin. It is a discarded by-product of the manufacture of high-quality papers. From pulping processes, Europe accumulates approximately 17 million tonnes of unwanted lignin per year. Most are burnt, and about 2 % is used for other low-value commercial purposes.

However, lignin can be put to profitable use. It can be the source material for certain polymer products currently having a petroleum base. Lignin is also abundant enough to replace that source. This has exciting sustainability possibilities aligned to Europe’s efficiency goals.

From lignin to carbon fibre

The BBI JU-funded EUCALIVA project developed and demonstrated new methods of converting raw lignin into the precursors of other products. These include carbon fibres, elastic films destined to become textiles and smart fabrics, also non-woven materials and their derivatives. Researchers demonstrated and validated a pilot-scale production facility.

The EUCALIVA project process recovers lignin from black liquor. This is a by-product of the kraft chemical process that removes lignin from wood pulp. ‘We focused on three fundamental aspects of lignin preparation,’ explains Nuria Valdés Mediavilla, project manager. ‘We optimised lignin separation and preparation and the manufacture of lignin-based fibres; we developed efficient and faster thermostabilisation routes; finally, we developed carbon fibres and other carbon-based materials with enhanced properties.’ The enhancement of the carbon fibres’ mechanical properties means they can replace glass in structural applications, such as fibre-reinforced composites, and can be used for other functional applications.

EUCALIVA uses pulp obtained from Eucalyptus globulus. It is the ideal plantation tree species, growing tall and straight, and so rapidly that its harvest cycle is 9-14 years. Yet the lignin extraction technique should be adaptable to other species. The project started at Technology Readiness Level 4-5, meaning that the technology had been validated. Researchers advanced the project to TRL 7, demonstrating the system prototype in an operational environment. The pilot plant delivered materials to be tested by industrial users.

Testing included a stretchable material, upon which was printed a miniaturised circuit. The electrodes could comfortably have contact with human skin, where they monitor and quantify key biomarkers of human perspiration.

Many other applications should be possible as well. For example, the team is working on a lignin-based, porous, carbon-fibre mat called activated carbon cloth.

‘For now,’  adds Valdés Mediavilla, ‘each of our partners will be taking the lignin-conversion technology in different directions. Some will be developing biosensor applications, and some will be looking to produce new materials. None is yet ready for commercialisation.’ But soon, lignin will be replacing fossil sources for many plastic materials.