There’s a Booming Business in America’s Forests. Some Aren’t Happy About It. 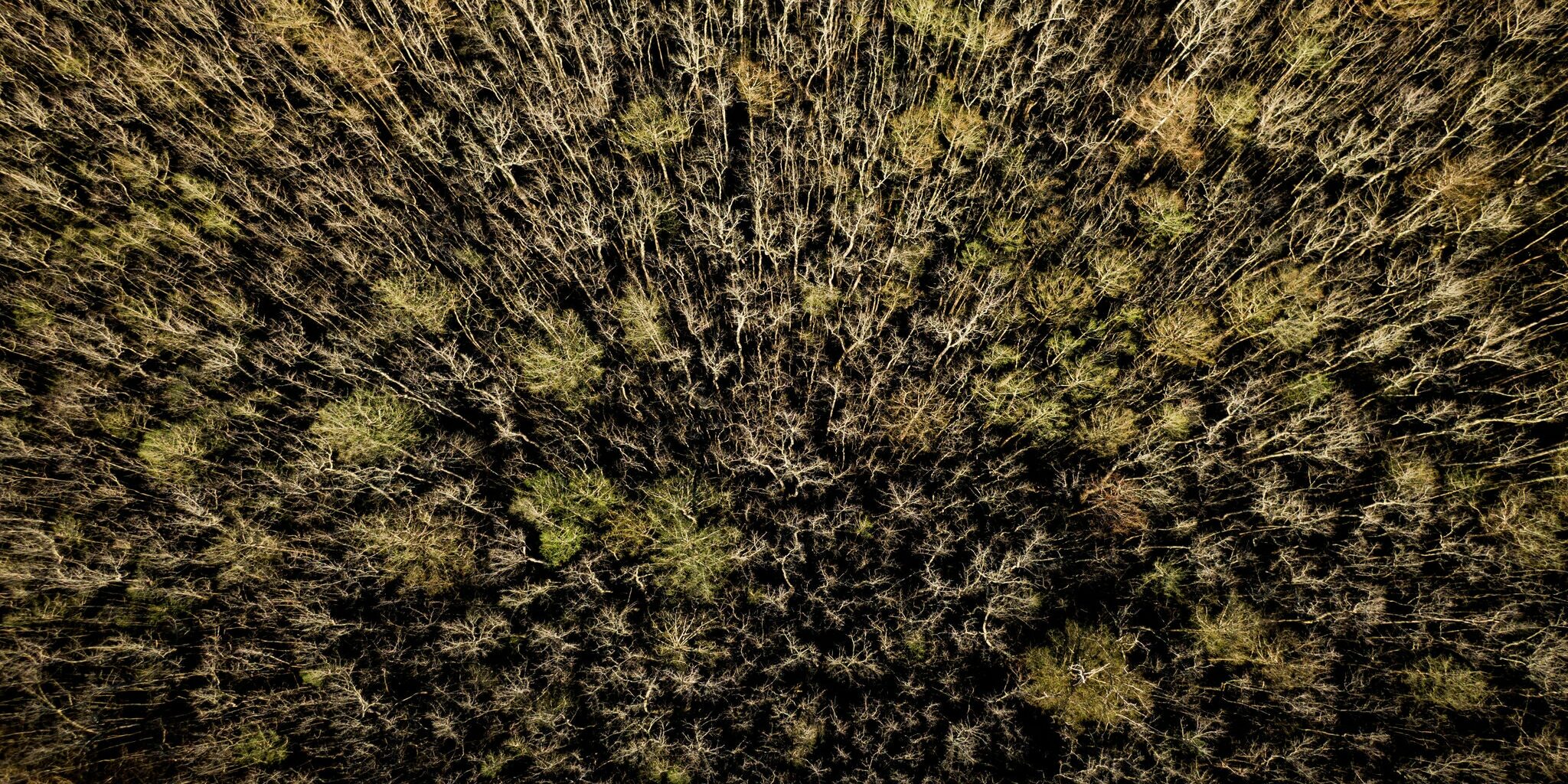 The fuel pellet industry is thriving. Supporters see it as a climate-friendly source of rural jobs. For others, it’s a polluter and destroyer of nature.

GARYSBURG, N.C. — In 2013, Kathy Claiborne got a noisy new neighbor. That’s when a huge factory that dries and presses wood into roughly cigarette-filter-sized pellets roared to life near her tidy home in one of the state’s poorest counties. On a recent afternoon in her front yard, near the end of a cul-de-sac, the mill rumbled like an uncomfortably close jet engine.

“I can’t even recall the last time I had a good night’s sleep,” said Ms. Claiborne, who in 2009 moved to the neighborhood, which is majority African-American. She wears a mask outdoors, she said, because dust from the plant can make it hard to breathe.

The slumberless factory’s output is trucked to a port in Chesapeake, Va., and loaded on ships bound for Europe, where it will be burned to produce electricity and heat for millions of people. It’s part of a fast-growing industry that, depending on whom you ask, is an unwelcome source of pollution or a much-needed creator of rural jobs; a forest protector, or a destroyer.

In barely a decade, the Southeast’s wood pellet industry has grown from almost nothing to 23 mills with capacity to produce more than 10 million metric tons annually for export. It employs more than 1,000 people directly, and has boosted local logging and trucking businesses.

It is courting new markets in Asia — Japan, which retreated from nuclear power after the 2011 Fukushima disaster, has become a major buyer of pellets — and is lobbying for greater prominence in the United States. And it has backers at the Agriculture Department, which recently asked for suggestions on increasing wood bioenergy use.

Pellets are undoubtedly having a moment. The open question is whether a world increasingly desperate to avert climate disaster will continue to embrace, or turn away from, humanity’s original fuel: wood.

Most divisive is the industry’s claim to battle climate change by replacing dirty fossil fuels with clean bioenergy.

Many foresters, economists and environmental policy experts endorse that idea. But a legion of ecologists, conservationists and others strongly disagree. Some 500 recently wrote to heads of state including President Joseph R. Biden urging them to reject wood burning as a tool for fighting climate change.

Michael Regan, the new administrator of the Environmental Protection Agency, is also seen as lukewarm. During his previous job running the North Carolina Department of Environmental Quality, the department granted permits to mills but also required them to address air pollution and recommended against including wood bioenergy in the state’s clean energy mix.

An EPA spokeswoman said the agency wasn’t currently considering adding most wood pellets to its renewable fuel standard, an action that would raise their prospects here.

The story of industrial wood pellets in places like Northampton County begins in climate policy made an ocean away. In 2009, European officials decided to declare biomass energy — basically, the burning of wood or other plants, rather than fossil fuels — to be carbon neutral. The idea is that regrowing plants, over time, would ultimately reabsorb the carbon dioxide released by the burning.

Britain and other countries began subsidizing electrical utilities to build biomass plants or retrofit coal plants to burn wood. The largest power plant in Britain, Drax, which is based in Selby, in the north of England, now produces 2.6 gigawatts of electricity from biomass, versus just 1.3 gigawatts from coal. (One gigawatt is enough to power a medium-sized city.)

Drax buys pellets from Enviva — a company based in Bethesda, Md., that bills itself as the world’s largest pellet producer — and others. It also operates its own pellet mills in Gulf Coast states.

Bioenergy has in recent years accounted for some 14 percent of Britain’s total electricity generation. Denmark, Belgium and the Netherlands have also invested heavily.

Many scientists have long been skeptical of biomass’s climate benefits. Wood releases more carbon dioxide per unit of electricity produced than coal or gas, and a newly planted tree can take decades to reabsorb the carbon dioxide emitted by burning. “Wood is a sucky fuel,” said Tim Searchinger, a researcher at Princeton.

In 2009, a group he led wrote in the journal Science protesting what they called a “critical climate accounting error.” They argued that certain major international climate policies and legislation designed to reduce countries’ greenhouse gas emissions allow nations to burn biomass and discount their smokestack emissions but fail to account for the carbon losses caused by cutting down trees to burn them.

Pellet makers source wood from thousands of landowners, who are often eager to earn revenue to offset land taxes. Enviva opened its first mill in Ahoskie, N.C., in 2011, promising to make pellets mainly from wood “residues” such as tree tops, branches and sawdust with no other market.

When land is logged, the thick, straight trunks typically go to a sawmill that churns out things like two-by-fours. Pellet makers take small pieces that may have no other market and vie with makers of paper, cardboard boxes and diaper fluff for the rest. About 3 percent of harvested wood from the South goes to pellets, according to Consuelo Brandeis, a research forester with the United States Forest Service.

Pellet makers’ pledges to rely on waste wood “painted them into a corner,” said Robert Abt, a forest economist at North Carolina State University in Raleigh, because the wood-products industry already used its supplies relatively efficiently, leaving little waste.

While longer pieces of wood that are too crooked or knotted for sawmills do make up part of Enviva’s supply, Jennifer Jenkins, Enviva’s chief sustainability officer, who holds a Ph.D. in ecosystem ecology, said the company’s sourcing was sustainable because it buys only from landowners who commit to regrow trees, and because the Southeast’s forests overall are expanding. Pellets sourced from such regions should be considered carbon neutral, according to accounting rules laid out by the Intergovernmental Panel on Climate Change, a United Nations body that provides scientific information on climate change, Dr. Jenkins said.

Dr. Jenkins said the company had installed air pollution controls that exceed requirements. A community relations manager said he had received no noise complaints related to the Northampton County mill.

At a morning meeting organized by Enviva outside a Cracker Barrel late last month, local leaders hailed the company’s contributions to the economy, schools and vocational training programs. An ongoing expansion of the Enviva plant in Garysburg “will bring great things,” said Charles Tyner, the county commission chairman.

Half a state away, in Moore County, Jesse Wimberley, coordinator for the Sandhills Prescribed Burn Association, a nonprofit conservation group, is thrilled that Enviva is buying small, scraggly oaks growing thick under some longleaf pines. The removal of the oaks, followed by controlled burns of the forest floor, is crucial for regenerating the longleaf savanna ecosystem, which has shrunk by more than 90 percent in the past four centuries.

On a recent afternoon, a Caterpillar loader grabbed the oaks, shook out loose vines and shoved them into a chipper. The chipper spewed out a high-speed stream into a truck bound for a nearby Enviva mill.

Before that mill opened, the land trust that owns the site would have had to clear the oaks at its own expense, Mr. Wimberley said. “When you have the right market, you can have the restoration paying for itself.”

He said he was incensed that Enviva had plopped its mill amid established neighborhoods. “Northampton County has a lot of land,” he said. “Why would you put it in the backyard of these people?”

Pellet mills, which can emit volatile organic compounds and other hazardous air pollutants, are 50 percent more likely to be located near “environmental justice-designated” communities, defined as counties with above-average poverty levels and a population that’s at least 25 percent nonwhite, according to an analysis by the Dogwood Alliance, an environmental nonprofit based in Asheville.

Derb Carter, a Chapel Hill-based lawyer for the Southern Environmental Law Center, voiced another concern. He and colleagues have tracked some of Enviva’s source material to bottomland forests that have the some of the nation’s highest tree biodiversity. In 2016, a global partnership named the Atlantic Coastal Plain, most of which is in the Southeast, a biodiversity hot spot, recognizing both its unique plant species and its rate of habitat loss.

Enviva said it now sources only from bottomlands it considers nonsensitive and that these provide only 1 percent of its supply.

Mr. Carter said he viewed such claims with skepticism. “They play word games,” he said.

The company said its sourcing practices now beat industry standards and that it encourages suppliers to certify their forests as sustainable, though it acknowledged that most are still not certified. (Enviva as a whole maintains several sustainability certifications.) “Enviva has grown and learned over time,” said Dr. Jenkins, the Enviva executive.

Whether Enviva’s actions promote sustainable forests may depend on one’s definitions of “sustainable” and “forest.”

Owen Strickler, who owns a 6,000-acre woods in Virginia that Enviva describes as a model, and who calls the pellet industry “a good thing,” manages a mosaic of different-age loblolly pine stands. When one area is harvested, Mr. Strickler sprays the native hardwoods that pop up with herbicide and plants more fast-growing loblollies.

Dr. Jenkins laid out the industry’s case: Pellet demand creates an incentive for landowners like Mr. Strickler to grow more trees, which suck up more carbon, offsetting the carbon dioxide emitted from power plant smokestacks. The argument has support from some forestry experts and economists such as Dr. Abt.

One recent study found that, through 2017, commercially harvestable forests near pellet mills in the Southeast had more carbon stored in trees than forests farther away, indirectly supporting Dr. Jenkins’s argument.

Dr. Jenkins acknowledged, however, that there is no direct evidence that Enviva’s presence has added any carbon to America’s forests to offset the carbon dioxide emitted from European smokestacks.

Even if the Southeast’s forest carbon is increasing, “it doesn’t mean everyone is off the hook,” said Francisco X. Aguilar, a researcher at the Swedish University of Agricultural Sciences in Umea, who led the recent study. His data revealed potentially concerning trends, including fewer standing dead trees and losses of carbon from the soil of forests near mills in the Southeast, suggesting the pellet industry may be taking wood that otherwise would have decomposed on site, feeding the soil.

Pellet opponents have scored some successes, forcing the installation of pollution controls at mills. The Dutch Parliament recently banned subsidies for new biomass plants. This year, the European Union is expected to announce new regulations for wood pellet sourcing.

Still, the industry’s growth continues. Permits have been filed for a dozen new mills, according to the Southern Environmental Law Center,. Enviva’s newest corporate office is in Tokyo; the company expects Asian countries to eventually buy roughly half its pellets, according to a spokeswoman.

Despite the industry’s optimism, even its supporters stress that pellets cannot fully replace fossil fuels. Gert-Jan Nabuurs, a professor of forest resources at Wageningen University in the Netherlands, has calculated that the Southeast might be able to sustainably supply 35 million metric tons of pellets annually, roughly three times today’s production capacity.

“If indeed the whole world starts to ask for pellets, then things go out of control,” Dr. Nabuurs said. “That’s very obvious.”